How will President Biden’s recent enactment of a student loan forgiveness program affect the future of students in higher education?

According to whitehouse.gov, since 1980, the average cost of public and private four-year college has nearly tripled. Federal support for the issue has not kept up with the rising cost of higher education, leaving many lower and middle-class families no choice but to take out burdensome loans to obtain a degree. 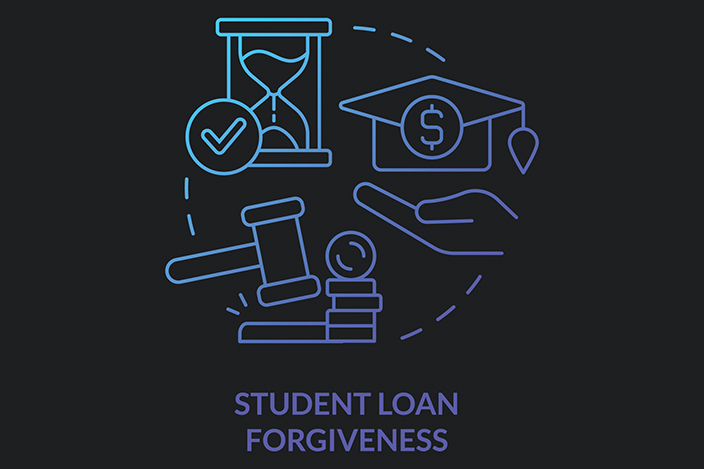 The degree to which the new student loan forgiveness program will address these problems is the subject of intense debate. But regardless of its outcome on borrowers, there are steps institutions can take now to address the problem of affordability for current and future students.

Biden’s Forgiveness Program in a Nutshell

In his decision, President Biden stated that this program will cancel up to $10,000 of federally funded student loan debt for individuals making less than $125,000 a year or couples earning less than $250,000 per year. This limit can increase to as much as $20,000 for eligible borrowers who were also Pell Grant recipients.

CNN reports that, as of November 3rd, 2022, close to 26 million individuals have applied for the student loan forgiveness program, and the Biden administration estimates that up to 43 million borrowers in total could be helped.

The student loan forgiveness program was created by President Biden as a more significant type of pandemic relief, under the Higher Education Relief Opportunities for Students (HEROES) Act.

The HEROES Act (originally passed after 9/11 and NOT the one passed during the COVID-19 pandemic) gives the Secretary of Education the authority to forgive student loan debt in association with military operations or national emergencies.

States including Arkansas, Iowa, Kansas, Missouri, Nebraska, and South Carolina are suggesting that the president overstepped his authority with mass cancellation, arguing that without Congress, the president doesn’t have the power to issue nationwide debt relief.

Views on the student loan forgiveness program vary drastically on each side of the issue.

On one side, some who have recently graduated in the past few years or individuals who have been struggling to pay off their student loans would benefit from a program like this and are its main supporters.

Those in favor of the student loan forgiveness program argue that more people might be inclined to enter higher education without the fear of being unable to afford a college degree. It could also help grow the economy by increasing business growth and customer spending, allowing students to more easily achieve significant milestones such as getting married, buying a house, or saving for retirement.

They also believe there are benefits to having an educated society of experienced learners and critical thinkers who have earned college degrees and who could more actively participate in helping to solve world problems..

On the other side, some who have already put in the money and hard work to pay off their student loans feel that forgiving these loans are an abuse of the loan system that doesn’t hold people accountable for their personal economic choices or that discharging this debt is simply a temporary bandage to the much larger problem of inflated college costs. Many believe that the HEROES Act of 2003 was never intended to be used for this type of situation and think that the government shouldn't have the right to enact such a program without more specific legislation.

Our Mission at Invoke Learning

The legal challenges to Biden’s student loan forgiveness program are still in progress, causing delays to enactment of the program until such cases are addressed. At Invoke Learning, our mission is to assist colleges and universities as the best possible stewards of their resources. By empowering institutions, we help them improve operations and support student success at all levels.

With InvokeClarity™, ask questions you never imagined could be answered. Get unprecedented insights that lead to mission-impacting action​.

What’s holding you back from taking your mission further tomorrow? Find out - and discover just how far you can go!